Hilke Thode-Arora is a German anthropologist and museum ethnologist. Having worked in most of the Pacific collections in Germany, she is now the curator of the Pacific Department at the Übersee-Museum in Bremen. Her research for the Pacific Presences project focuses on Max Biermann, who was German Imperial Commissar in Jaluit in the 1890s. He compiled a major collection of Micronesian objects, now in the Five Continents Museum in Munich, and stimulated collection activities in others. These collections will be contextualised in their colonial and material aspects as well as in their German and Micronesian ramifications. 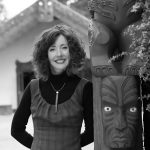 Associate Professor Deidre Brown is a Māori and Pacific art and architectural historian at the University of Auckland. She is a member of the Ngāpuhi and Ngāti Kahu tribes of Northland, New Zealand. Her research for the Pacific Presences project focuses on a number of the early nineteenth century taonga Māori (treasures) that are now in European museums that were acquired by reciprocal exchange. Her project will examine the motivations behind the release of specific taonga to European visitors and the trajectories of these objects, and the western items for which they were exchanged, in order to understand the relationships that continue to give them cultural meaning and value for Māori today. 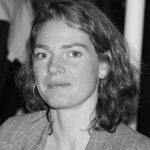 Anna-Karina Hermkens obtained her PhD in Cultural Anthropology in 2005 from Radboud University Nijmegen. She has been doing research in Indonesia, Papua New Guinea and Solomon Islands, focusing on material culture, and more recently, the interplay between religion and gender in the context of violence and peace building. Her research for the Pacific Presences project will compare, describe and analyse tapa collected in ‘Melanesia’ and ‘Polynesia’ in the Museum of Archaeology and Anthropology collection and its particular colonial representations, and relate these to current performances and discussions in Oceania about making tapa cultural heritage through UNESCO.