← Researching begins by Caring: Exploring the MAA’s Collection of Dance Clubs from the Solomon Islands Coconut fibre armour and a Porcupine fish helmet from Kiribati →

Pacific Presences Affiliated Researcher Areta Wilkinson writes on her most recent work for the project in Guam in May 2016:

Thank you to the Pacific Presences project for supporting my participation at Mo’na Our Pasts Before Us, 22nd Pacific Histories Association Conference in Guam, Mariana Islands. Over the last few years I have been fortunate to join Pacific Presences photographer Mark Adams and other project staff on research trips. As an Affiliated Researcher, the project has also supported my own artistic inquiry of taonga Māori (Māori customary objects) held in museum stores in England and Germany. 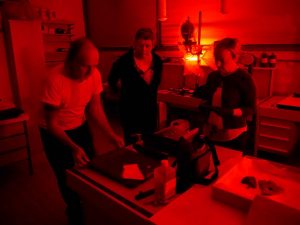 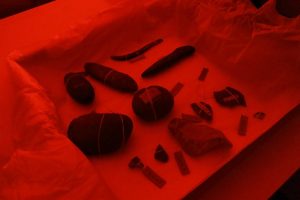 Under the Pacific Presences project Mark and I have developed an ethical conceptual collaboration that is a marriage of both our creative practices and more. We have produced new artworks that respond to and acknowledge taonga Māori in museums abroad. This new body of work feels highly significant to us because we would not have produced this work on our own, it requires both our cultural genealogies (that relate to the object) in order to do so. Thus far we have only exhibited the resulting artworks in New Zealand, Pacific Presences staff knew what we were up to but had not seen the fruits of our (and their) labour. The 22nd PHA conference was a fantastic opportunity to share our contemporary artistic outcomes responding to Oceanic art and European museums with our own Pacific Presences crew as well as conference goers. 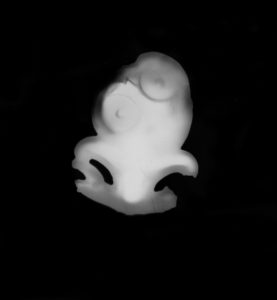 Presenting alongside Nicholas Thomas, Julie Adams, Ali Clark, Lucie Carreau, Alana Jelinek, Maia Nuku and others under the diverse Pacific Presences project umbrella was certainly a highlight. Papers spanned three sessions over which I caught up on our team’s research developments and objectives. I felt this was a concerted effort by MAA and associates to reach out to scholars working in the Pacific, prior to connecting with indigenous artists at the Pacific Arts Festival that followed. Community books of Oceanic collection material held at the Museum of Archaeology and Anthropology, Cambridge and in other museums in Europe and New Zealand were created for the purpose of connecting communities with objects. I am pleased to hear these booklets came into their own when researchers went on to visit villages in the islands of Kiribati, Kanaky, and the Solomons.

It has been several weeks now since PHA but two lasting impressions have stayed with me since leaving Guam. Firstly, I noticed and appreciated indigenous scholars placing themselves in their research. Their relationship or cultural position was not presumed but up front and implicated. Māori academic Linda Tuhiwai Smith has contributed to my critical thinking about this through her articulation of Māori methodologies. In Māori centred frameworks, Māori are positioned as the collective stakeholders of their own knowledge, Māori take an active role in knowledge production and who benefits (Tuhiwai Smith 1999). In a cross-cultural context indigenous research as Localised Critical Theory also benefits the indigenous community being researched (Denzin, Lincoln, & Tuhiwai Smith 2008, p. 9). Politically I have occupied myself with Kaupapa Māori principals (Māori Critical Theory) over the last few years, so I found it confusing at PHA when conference presenters did not disclose their methodology behind engaging with cultural knowledge that obviously was not their own. Papers that discussed a cultural form without revealing their relationships to the culture fell short for me. This sort of inquiry is not robust enough anymore.

Secondly, I was made aware of my own short comings then had a Te Ao Marama “lights on” moment. In a discussion following panel presentations about Māori History, Vincente Diaz in his questioning of the panel seemed to remind our assembled collective to look for whakapapa connections beyond Polynesia, into Melanesia and Micronesia. To seek and find relationships is also a valued convention within our Māori rituals of encounter. As manuhiri, being a visitor, on the indigenous island Guahan I felt I could have improved on my own relating into the Pacific beyond Aotearoa New Zealand. I didn’t do this in my paper but during this session’s discussion a cog turned for me. Suddenly I had a better understanding of the presence of a photogram artwork that Mark and I had made, taken from a shell tool from the Pacific found in the site of Wairau Bar, Te Waipounamu South Island. Here was my mnemonic for Diaz’s message, my link to East Polynesia and beyond was under my nose all the time. But I had to be in a Pacific context, confronted by Pacific peoples to work it out. 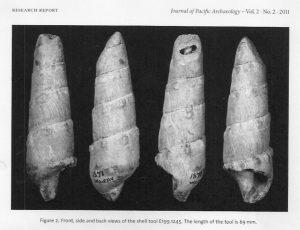 Post PHA, Mark and I very recently accompanied Lucie Carreau with her whānau on her research trip to Norfolk Island. This time I was proactive to reach across into the Pacific to make connections. With the assistance of Norfolk Island Museum director Janelle Blucher Director and local artist Kerry Robertson we initiated an evening with locals to share our research interests. Face to face kanohi ki te kanohi it was a wonderful meet and greet opportunity that we all appreciated. Further contacts in the days remaining made it clear another trip would be warranted and we would all be welcomed back.

No reira, these research trips continue to have a positive impact on the development of my thinking and practice. Hei kona ma, na te ropū whakahaere, until we meet again.